Ubuntu 14.04 with 3 screens and a docking station - Broadwell-U Integrated Graphics 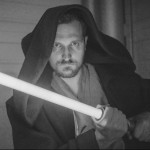